There are three games on the docket this evening involving five teams from the coverage area and we are here to get you primed for those contests. The spring season is almost done, so savor all of the action you possibly can for the next 48 hours, because the next time those pads pop will be August! 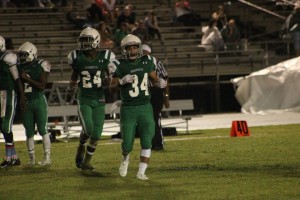 Celebration at Haines City
The Storm make their way down I-4 to face the Rockets after finishing out of the postseason with a 7-3 record in the regular season in Class 7A, before dropping their bowl game against Olympia to finish 7-4. Celebration isn’t hiding anything when it comes to their offensive approach. The Storm like to run the ball-and run it often. They’ll have QB Chris Knight returning for his senior season who combined for 1,183 yards and seven touchdowns, but will have to replace their top rusher Grant Crider. The Storm return their top-three tacklers from last season who combined for 302 tackles–Blaze Alldredge (128)–Jenbenton Jean-Baptiste (97 tackles)–and Matt Ford (77 tackles). Haines City is on their fourth head coach in six seasons, but Mike Bonneville who comes from Dr. Phillips’ staff last season is extremely pleased with the progression during the offseason in which the Rockets can only go up after finishing 0-10 last season in Class 8A. 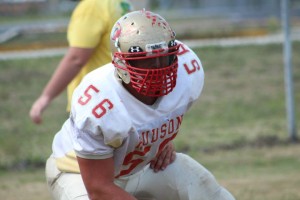 Dixie Hollins at Hudson
Last year, the Cobras won this game easily 27-0 and things didn’t get much better for the Rebels as the fall rolled around and they ended up with a 1-9 record. But as “they” say, hope springs eternal and this is 2016. Dixie has their Qb Chad Cann Jr. returning to the action fresh from a USF offer and they will also benefit on the defensive side from Farragut-transfer Luis Cotto at the linebacker position. Hudson went 5-5 last season under first-year head coach Robert Mahler. The Cobras were winless for two years straight before Mark Kantor arrived in 2012 and went 15-16 under his direction quickly turning things around. There’s tons of optimism at Hudson this season even though the Cobras will need to replace Nate Munson and Billy Werner who combined for 2,145 yards rushing. They do have a pair of 100+ tacklers returning in Ray Peneti and Spencer Shoun—Shoun will be wearing the #45 jersey to honor their teammate Colt Exum, who was traumatically injured in an ATV accident earlier this month and we would like to extend those wishes of strength and prayers for a speeding recovery to Colt, his family and the entire Hudson community as well. 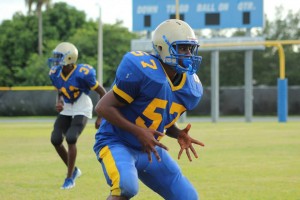 The question has been asked multiple times, but we’ll ask it just one more time in case you’ve been living under a rock this spring. How does Gibbs replace a player that compiled 3,364 yards and 40 touchdowns of offense? The quick–and painless answer is–they don’t. The Gladiators will come into this game with Mar’quan Harris at the QB position and it’s a role he is familiar with–especially against Jesuit. If you recall, Johnson was actually tossed during this game last season and Harris filled in admirably. Gibbs went on to win their district last season and finished with a 6-5 record. Jesuit on the other hand, went 13-1 and was mere minutes from heading to play for a state title in Class 5A. The good news is they’ll return their all-world running back Malik Davis this season along with electrifying athlete Travell Harris and stud linebacker Braden Gilby just to name a few. The two teams combined for 90 points and 676 yards of offense in this game last season and could give us yet another entertaining battle tonight.