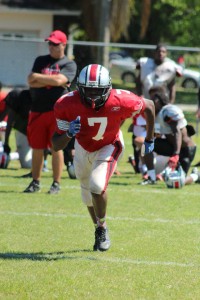 Whether it’s May 27th or October 27th, this a game that needs to happen, and with regularity. Tomorrow night, CCC will make their way just minutes north up US-19 and then west down Gulf-to-Bay for their spring game against Clearwater as the season comes to a close for the both. It’s a game that wasn’t even remotely on the radars of the fan-bases and staffs at the respective schools a few years back, but with some good fortune the past few seasons, it’s a game that is poignantly relevant in Pinellas County regardless of the fact that it doesn’t have a bearing on the outcome towards the postseason.

It’s a perfect game for this time of year, and just might be a perfect game for anytime of year if the two consider the fact it’s ONE game, plus the schools are separated by less than four miles. CCC has been around since 1962, and has been playing ball since ’63, while Clearwater is one of the oldest schools in the entire state established in 1906 and started playing ball in 1922. CCC by all accounts IS the giant on the private side in this area and Clearwater has been unanimously considered as the sleeping giant of Pinellas County for as long as memory serves even during their “successful” runs.

When both take the field tomorrow night, there will be double-digit D-1 recruits wearing their respective colors plus more that will be standing on the sidelines. The amount of college coaches commuting back-and-forth from the respective campuses this spring is enough to warrant mass transit. Most importantly, it’s a game that could be heavily desired if the postseason changes that have been proposed get approved as-is, boosting each other’s point totals regardless of outcome for both–but let’s not get ahead of ourselves just yet.

Both teams shared success during the same time period in the late-90’s to early 00’s, even though their paths didn’t cross. From 1995-2004 Clearwater was 57-53 under Tom Bostic and made the postseason eight of those ten years with four district championships to their credit. For the next ten seasons from 2004-2014, Clearwater went 34-66 under the direction of Bostic, Donnie Abraham for one season in 2013 in which the Tornadoes went winless and then the 2014 season in which Don Mesick was labeled as the “interim” coach during a 4-6 campaign taking over for Abraham who departed for IMG Academy. Last season with Mesick’s system fully in-place, Clearwater won their first district championship since 2003. 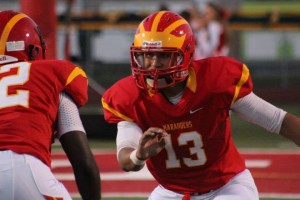 From 1996-2004, CCC went 67-35 winning six district championships under the combination of John Davis (part one) from 1996-2001, then Mike Jalazo from 2002-04. In fact, it’s been an incredible run for the Marauders. They’ve missed the postseason just three times in the last TWO decades in 2008-10. When Davis returned in 2010, CCC missed the playoffs, but that started an insane run for the private school. Davis, who retired at the end of last season, went 60-14 and guided teams to the state finals and multiple regional championships.

“It’s a game that–at the end of the day–both teams are going to be 0-0, but there’s a buzz about it, that’s for sure,” said Clearwater Head Coach Don Mesick. “Honestly when I was growing up, it was Clearwater-Largo or Clearwater-Dunedin, but that’s when CCC–although they were a good team–they were really considered a smaller school and they weren’t getting the kids that they’ve been getting for the past decade or so. They’ve really been getting a lot of good players the past five or six years to become really relevant not just a small private school, but relevant in comparison to the other much bigger schools in the county, as well. Them and East Lake have been big dogs in the county for a pretty long time, now.” 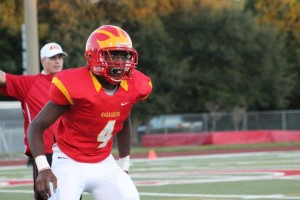 For all of the hype about a spring game–warranted as it may be, however–it is just a spring game. Last season, the Tornadoes won the contest 28-23 at CCC’s house on Haines-Bayshore. Adarius Lemons was out-of-his-mind rushing for 200+ yards on 17 carries and three touchdowns in the contest. The newly-committed North Carolina Tar Heel–along with newly-committed Tennessee Volunteer–WR Jacquez Jones are just a couple of the playmakers that will be on display tomorrow night, but CCC might just have their best team in school history, which is saying a lot.

Quarterback Jakob Parks had just been handed the keys to the Benz last spring and still finished 10-of-18 for 116 yards and a touchdown pass. Rashaad Stewart was good for 124 rushing yards and both are back this year along with countless other skill players for the Marauders on both sides of the ball who hold big-time offers. Although CCC was missing quite a few players in the game in 2015, it doesn’t matter to Mesick and CCC wasn’t making any excuses either. A win-is-a-win in a game of this skill level, and a healthy respect for each other regardless of any antics that might take place is firmly entrenched.

The game kicks off at Clearwater High School at 7:30pm.