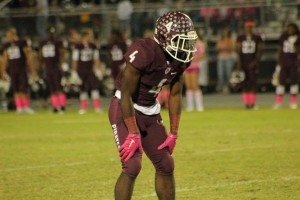 We continue our spring cleaning tour with Manatee County. There’s just eight teams playing football in the county with seven of them playing in the FHSAA and one in the independent Sunshine State Athletic Conference’s Coral Bay Division. Manatee County has been dominated by three teams the past five seasons (not including IMG) in the form of Manatee, Braden River and Palmetto. Those three schools have taken turns winning regional championships in recent past, with Palmetto taking home that honor in 2011, Manatee in 2014 and of course–the Pirates last season in Class 7A.

The three teams combined for a 28-8 record last season with the ‘Canes and the Pirates combining for an impressive total of 22-4. As mentioned, Braden River were your Class 7A Region-III Champions with a 13-1 record before getting edged by Aquinas in the state semis and finished 13-1 capping of an amazing two-year stint under Curt Bradley with a 23-2 record the past two campaigns. The Pirates will begin life without QB Jacob Huesman, but their backfield and their linebacking corps is still considered one of the finest in the region, much less the county with backs such as Raymond Thomas Jr. and Deshaun Fenwick who combined for 1,400 yards and 24 touchdowns as a tandem.

When you factor in Palmetto–who was 6-4 last season–albeit just 10-10 the last two seasons–the three schools are 54-17. The Tigers have still won an impressive 61-percent of their games the past five seasons and will once again have talent to make noise in their district even with Braden River and Venice seemingly reloading and with Lakewood Ranch ready to take the next step. The Tigers will have to learn how to win without the services of Jack Allison–who is off to the University of Miami. 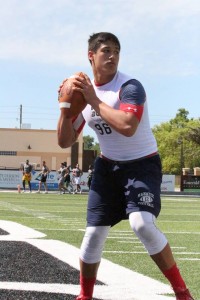 Manatee has enjoyed great success the past two seasons under John Booth even after finishing 9-3 in Class 8A. The ‘Canes are 21-5 the past two seasons and reload at the running back position with Josh Booker coming from Sarasota via transfer. Booker was Sarasota County’s leading rusher as a sophomore and was turning heads at E7TC along with the always-steady AJ Colagiovanni at the QB position. Colagiovanni is coming off a 2,500-yard season in passing and the ‘Canes will face a rebuilding-yet-dangerous Countryside team. They’ll also face Armwood and Alabama’s Hewitt-Trussville the first two weeks in the fall, so their preparation/performance for the spring AND summer will be watched via microscope.

Southeast and Bayshore will begin their spring seasons with new head coaches. The ‘Noles were 1-9 in 2014, but bounced back to make the Class 5A postseason and will return a very nice prospect at the CB position, Derrick Bradley among others. Bradley was a standout at Ignite and was extremely productive for Southeast in 2015. Their game versus North Port sets up to give the ‘Noles and first-year HC Rashad West plenty of momentum as they head into the offseason. The Bruins have an extremely tough test this spring when they face Port Charlotte, who were victorious over Clearwater in the first round of the 6A playoffs last season and with several players returning on the squad.

Lakewood Ranch has some talent on their roster that we’ve seen recently such as QB Justin Curtis and CB/RB Jay Turner and the Mustangs also have some large bodies up front along the OL like Sam Jackson–who we’ve seen in the past. The Mustangs play Booker in their spring game and with the talent that’s there beyond those three we’ve mentioned–we expect them to show well.

Saint Stephen’s has quietly built an impressive list of accomplishments having compiled a 16-5 record and boasting one of the counties most-versatile athletes in Fred Billy. Saint Stephen’s was 9-2 last season with their only two losses coming to state champions Santa Fe Catholic and will return their key pieces this season. The Falcons will host the Barons of St. Petersburg Catholic in their spring game. Allan Gerber and Bradenton Christian hosts Legacy Charter and will feature Brett Gerber–who, as a sophomore was credited with 169 tackles.