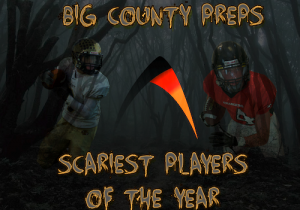 Straddling the line between fall and winter, plenty and paucity, life and death, Halloween is a time of celebration and superstition. It is thought to have originated with the ancient Celtic festival of Samhain, when people would light bonfires and wear costumes to ward off roaming ghosts. In the eighth century, Pope Gregory III designated November 1 as a time to honor all saints and martyrs; the holiday, All Saints’ Day, incorporated some of the traditions of Samhain. The evening before was known as All Hallows’ Eve and later Halloween. Over time, Halloween evolved into a secular, community-based event characterized by child-friendly activities such as trick-or-treating. In a number of countries around the world, as the days grow shorter and the nights get colder, people continue to usher in the winter season with gatherings, costumes and sweet treats. – SEE IN FULL HERE

Today’s Halloween ghosts are often depicted as more fearsome and malevolent.  At least “fearsome” can be used when describing some of Tampa Bay’s scariest ballers.  Below is a list of athletics that we think strike fear in the heart of many of their opponents (not literally).  Some of these players are flat-out just nasty (within the rules), play with a mean streak or  probably cause their opponent who would be in constant contact with these players throughout the game to think thoughts like, “This will be a long game, he is killing me or I need some help”.

With 31 days in October, we give you Tampa Bay’s top 31 scariest players (Not top players or top player list).