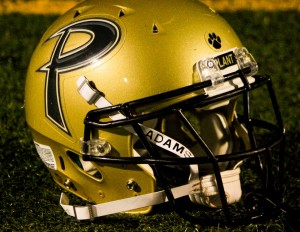 Sometimes labels or monikers can be downright ridiculous when talking about high school football. We get caught up in labeling schools “factories” even though the comparison may be somewhat accurate, but still, we are talking about high school football, not Goodyear or General Motors. But what about labeling someone the high school equivalent of (insert position here) University? Yeah, that sounds slightly out of place since it’s kind of difficult to keep track of ALL the data necessary to breakdown per-position output.

Something that isn’t so difficult? Labeling Plant High School as one of the most-consistent if not the standard-bearer when it comes to producing fantastic high school football players at the linebacker position. There have certainly been seasons when other linebacking corps–total units themselves–could make the case that they had the cream-of-the-crop when it came to a specific season, but one thing that really isn’t up for debate is the consistent run of players from Plant since the arrival of Robert Weiner in 2004 to the present. Although Weiner controls the offense and quarterbacks specifically, he brought coaches John Few and James Harrell to the mix over a decade ago, and the players–and the team itself–have not looked back since.

When you stop to take a look back at the 17-18 players that have accumulated at least 100 tackles in a season, you do the math and realize that there’s a lot more to the success than just one guy. Starting with Dante Spires in Weiner’s first season and carry that tradition all the way through guys like Mike Mirabella, James Wilder Jr, Mike Tate, Andrew Beck to the current crop of guys like Thomas Allen this season. This is the beginning of Weiner’s 13th season at Plant, and by the time this season is out the Panthers will be able to claim numbers 19 and 20 with Davis Bak and the aforementioned Allen leading the charge this season.

“The kid we had back in 2004–Dante Spires–is one of the best players we’ve ever had even though we weren’t that good at that we feel like. Had we been together as a team a little bit longer with him on it, some crazy things could’ve happened. Even in 2005 with a guy like Brandon Underwood was a special player for us at the spot before 2006 when we got to the dynamic duo of Brent Thomas and Matt Lerom,” said Weiner yesterday following practice noting that the tradition of impact players at the position really does start from his beginning.

The numbers, as we’ve mentioned, are staggering. This isn’t a numbers piece, though. You can find those numbers as easily as you can get in your car and head to Culvers for a frozen custard. Weiner does acknowledge two things that are important of note–one, when you play a system like they do on defense, special guys are going to have special numbers–two, when you play DEEP into November and December, you have tons of chances to have special numbers. 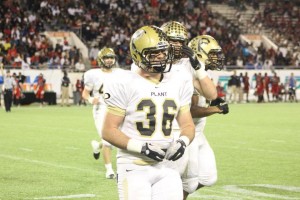 “Really when you’re talking about linebackers, you’re also talking about the outside guys too,–guys that can play the outside linebacker position or the strong safety,” said Weiner. “I really think we’ve had an amazing run with those guys,” he says laughing to himself in the amazement of the streak. “I sat here for a minute and just went through our stats for the last twelve years and went through the top linebackers from every year and it’s–well it’s just some incredible numbers. Whether we played twelve games, or thirteen games or all fifteen games in those years. Linebackers that are well over 100 tackles and often over 150–even in the banner year in 2011 when Mike Tate set the standard with 210 tackles, that guy seemed like he was all over the field.”

Yeah, about those Mike’s—Tate and Mike Mirabella. The first images that come to mind when thinking about Plant’s linebackers, those two come straight towards the front of the brain and smack you visually like they did to so many quarterbacks, running backs and receivers. Tate took control of their stater championship game against Miramar in 2011, so much so–people from Broward and Dade County were turning him into a cult hero on social media. Tate, along with Mirabella are exactly what you want when you the get the lump of clay in front of you and start molding. Although they weren’t “pretty” prospects, their works of art were masterpieces. Just like linebacker be.

“You look at that guy and he’s basically a representative of all the guys that we’ve had play linebacker,” said Weiner speaking of Tate. “He’s probably undersized playing mike linebacker, but a guy who was amazing that could run with slot receivers in the middle and also be mean-and-nasty in order to take on the run and also just getting in the backfield and sacking the quarterback. In two years of playing he had eighteen sacks, but we’re a team that will blitz a guy like him over 50-percent of the time, so our numbers sometimes are “somewhat heightened” by our style of play that we do, but you go back and Mike Mirabella was a three-year starter for us and every year he was over 100 tackles with 140-plus two of those three years. Mike Mirabella was part of regional final team in 2007 and then a state championship team in 2008 and 2009.” 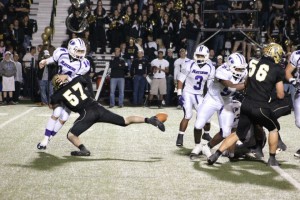 The stories about Mirabella are countless, and priceless. Such as this one as Weiner recalls:

“You know Mike Mirabella’s a good example, I can remember when we had a bad snap on a punt in the 2008 State Championship game and we were pinned at our nine-yard line–and I can remember Mike Mirabella running up straight up to me and just like three inches away from my face and looking me straight in the eye and says–‘I promise you coach they will not score.’–and two minutes later Mike Mirabella had had a tackle for loss, a sack and we had a pass completed on us, but on fourth down a guy named MJ Jackson blocked their field goal attempt. We ended up getting them pretty good in the end, but the whole game kinda swung right there at the beginning–they would’ve taken some momentum and we end up turning that threat right away.”

Following that story, Weiner follows it up with an even better one–a story that is perhaps the quintessential summarization of what it means to be playing the position at Plant. If the Panthers had the depth they have now at the spot back in their dynastic-style run to titles, they would’ve been even more dangerous. Instead, they plugged in a player at the time who had been the farthest thing from the coaches’ and teammates minds at one point, yet there he was making plays–and there they were winning with players that understand their roles like a Jedi.

“Our depth at that position right now is amazing, when I look back to 2008 when Mike Mirabella got banged up and we moved a guy named Beau Hume to play the will position and he ends up making 142 tackles that season with four interceptions on the year and twelve sacks. There’s a kid that our guys–you know, in a friendly way when he was younger–would get teased with “Slow Hume” instead of Beau Hume and here he comes up reading the scouting report and by studying and using it with the instincts he has comes into a state championship game after the whole sequence that just explained with the blocked field goal, he goes out and intercepts a pass on their next drive after we go up 7-0 and takes it in for a touchdown–so you’re talking really about a number of guys over the years that have done amazing things.” 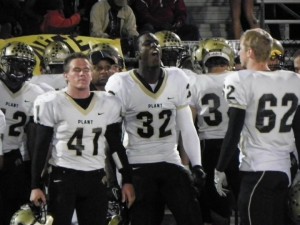 High schools aren’t exactly sending coaches across the state recruiting players like colleges do, (save your sarcasm and cynicism for another debate)–so how has this happened? It’s not like there’s a budget that sends coaches to Pensacola with an emphasis on coming back with three quality prospects. Plant’s been the subject of finding players to fit their needs in the past, but they’ve been nothing-more than allegations. Hell, if anything–the LAST position Plant’s ever been “accused” of recruiting for is the linebacker position. It’s easily the most overlooked position on the team, which is WHY we are writing this piece to highlight the insane results they’ve had. Is there a definitive reason?

“I think there’s a couple parts to the answer to that question,” says Weiner. “First and foremost I thought you were going to ask the question to rank those guys and uh–I was going to explain to you that linebackers are pretty mean, pretty physical guys–so the last thing I’m going to do is rank my linebackers,” he says laughing. “I would be in big trouble with that one and it would be an impossible task.”

Weiner goes on to finish the thought while acknowledging that they clearly haven’t had the highly-valued prospects at the spot playing for them, they simply have highly-valued human beings playing–and coaching–for them.

“I think when you look over a course of years–you’ve got to start with the fact they’re great kids. When you look at Plant High School and the success we’ve had, or if you look at the success that Armwood’s had–just these teams that are successful year-in and year-out, the one thing is that is true for whatever reason is that there’s been this great run of kids that have come through the program and I think that at our school if you want to call it the high school version of Linebacker University it is kind of appropriate because of lot of these guys–if you look at them–aren’t necessarily the kind of James Wilder-type recruits–these guys high school heroes–they’re lunchpail guys. They’re guys that we like to call Plant Panthers and at the end of the day, somebody might have more talent than they have, but they’re going to fight for their team and I think linebackers themselves–that is a position that is conducive to that type of guy. That seems to be the kind of the population we get at Plant. They’ve grownup in South Tampa and they’ve been watching us play since they were running around in the back of the end zone while the games we’re going on. They’ve waited for their time to go out and be role models and high school heroes.” 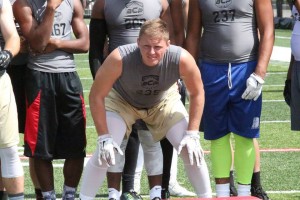 Weiner isn’t letting the interview conclude without once again paying his respect and admiration for the guys that have helped him and the school get to this point. Although it’s stating the obvious at this point that the coaching is just as elite as the work ethic and dedication to the process as the players are, it goes without saying those guys get one more nod for achieving perhaps the hardest thing in sports this day-and-age, which is consistency.

“And I have to say–obviously–because this is something that has gone on for so long, you have to give the consistency credit to the guys that are coaching that side of the ball. I think you look at that amazing consistency we’ve had, you’ve got to look at guys like John Few and James Harrell and say what an amazing job they’ve done, we had Hank Brown working with the for awhile and back when we first started we had Mike McWilliams who is a teacher at the school, but John Few and James Harrell have been coaching that position for years for me and when you say we’ve had an amazing run of kids, the consistency begins and ends with those guys, though.”