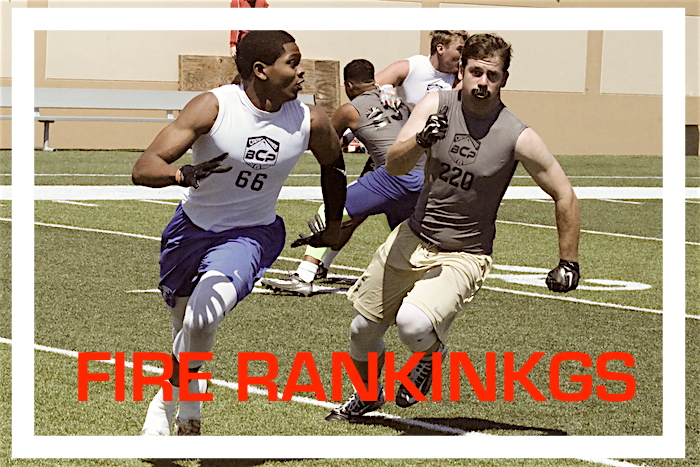 UPDATED
We reserve the right to update or make corrections at any time. Rankings are updated several times a year; Usually after each BCP individual showcase throughout the offseason. Many prospects will move down only because other prospects emerge. When the rankings are released, you will be able see the players current and past ranking. Many times a prospect will move down, not due to a lower evaluation/rating, but because additional prospects have been evaluated and inserted. Freshman rankings are not available for public view.

CRITERIA
Game film evaluation: All prospects are evaluated using as much film as possible.

Combines and Camps: Our Ignite Elite Showcase, E7 Training Camps, Xecutives, Skillz and Frontline Camp gives us an opportunity to get accurate measurements of height, weight, speed, vertical, etc on potential prospects. It also provides us a chance to how these prospects compete against other top prospects.

Right Now: Using measurables, athleticism and skill we attempt to project players college prospect levels. Not necessarily how a player will perform in college.