Ruskin, October 9, 2018– Top 2020 running back Tino Hunt is stampeding through national averages despite the orange and white’s rocky 1-6 season thus far. Hunt’s relentless week-after-week labors stick out like a sore thumb and he’s already covered a TON of real estate. Here’s a peak into the hard-nosed rusher down South making the most out of a little. 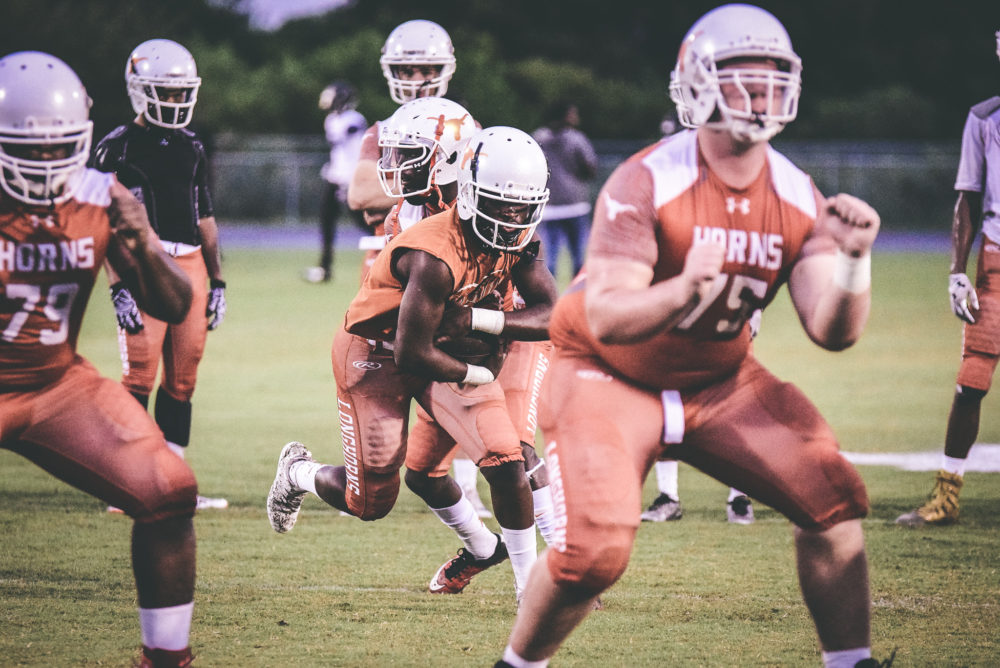 Tino is nothing short of spectacular as an explosive power back, complimenting his punishing North-South rushing style. His solid 6’ 185-pound build combined effortlessly with his quick, agile feet and even quicker instincts produces some intriguing highlight reels. Hunt makes his presence felt undeniably- lowering his pads is second nature along with a low center of gravity, makes for a tedious task to corral. Better break out your tackling fundamentals book out now, because he’s going through you or around you-take your pick.

Hunt is racking up a plethora of yards in his 2018-19 campaign, covering vast amounts green grass as far as the eye can see.

Lenard’s Tino Hunt is the big dog. Watch some big runs. Full video on our Facebook

Safe to say junior stud Tino Hunt is producing among the best in his class with elite talent to move on to bigger pastures on the road to recruitment; displaying no sign of slowing down the unyielding charge. 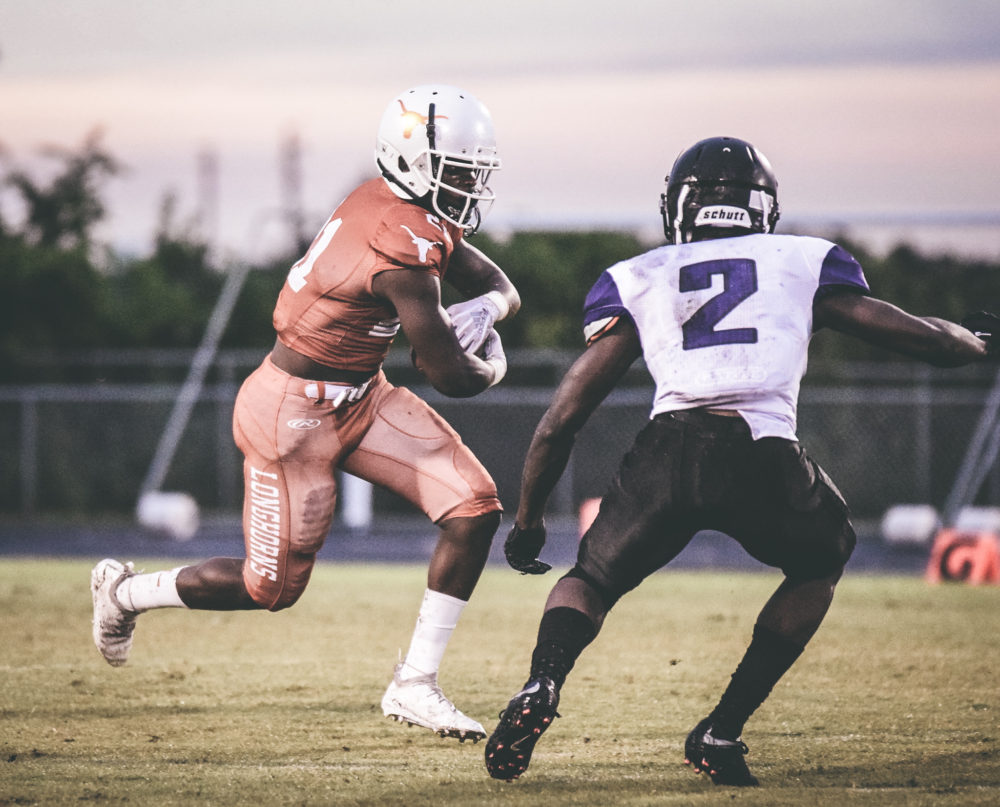 In the glistening Friday Lights, Lennard couldn’t finish off Durant in Plant City last week, losing 21-31. This Friday Tino and the Longhorns will face off against their rival 7A foe East Bay, without home-field advantage again, in a conference showdown at 7:30p.