Below is BCP’s Best; the Fabulous Fifteen. A list of the #1 college football prospects at their respective positions in our coverage are (Hillsborough, Pasco, Pinellas, Polk Counties).  Following the Fabulous 15 is a link to our 2015 Position Rankings; The 10 at each position. ENJOY! 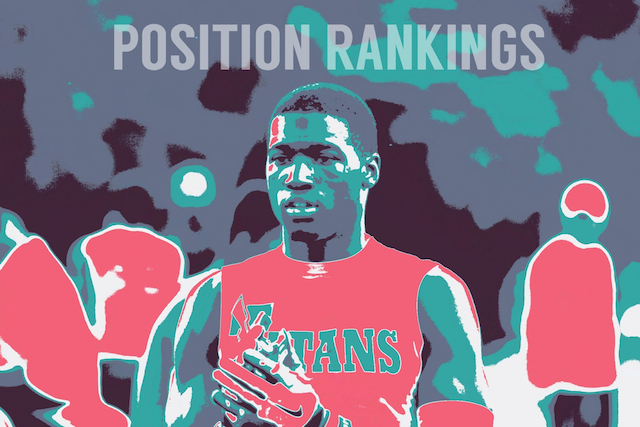 Because we really don’t have enough to talk about this offseason, right?  The 2014 Edition of the “Best of BCP” is here for your consumption.  The “Fabulous Fifteen” as they are about to be presented to you have been chosen as the top players at their position.  Approximately 20% of this list is verbally committed to play for one school, while others are counting down the days to NSD 2015 to sign-and-play at other intensely high-level programs throughout the country.  Some haven’t chosen their next road-to-be-traveled yet, which will come in due time.  Their senior seasons officially began this morning, so say goodbye to summer and hello to the present and fall’s impending blessing of pigskins, smelly locker rooms and let’s buckle-up, buttercups.

The 6-foot-3, 215-pounder is committed to play for Florida International next season, but still has work on his mind regarding his Vikings and their quest to make it out of a tough district and on to the playoffs. Alexander led his team to a 7-3 record last season, putting up 2,027yds of total offense and completing 61% of his passes.  He’s literally the same size as Gaither’s Alex McGough who will be a freshman for the Golden Panthers this season.  Blessed with phenomenal touch to accompany an arm that is just as big as his frame, Alexander’s football IQ is just as valued as his skill-set.

This young man’s ceiling has yet to be built.  After his Terriers managed to score a mere 2 points vs. Armwood in Week 2, Lawson figured enough-was-enough and helped his offense put up an average of 38 points per game the rest of the way ending the season with 3,188yds (2,120 pass/1,068 rush) and 31TD’s.  At 6-5, 210lbs. and with a motion so fluid it would cure a drought, it’s no wonder why the University of Miami faithful cannot wait to get him on campus next season.  If everyone gets to campus as scheduled, Lawson will have three of the Top 10 RB’s in this state along with an OL class verbally committed averaging 6-6,300lbs. That feels like a recipe for success, folks.

Name so nice, they named it thrice.  The first of three Clemson commits to find his way on to the list and one of the most exciting backs you will ever get to witness.  His services for Sickles last season produced nearly 2,500yds with back-to-back 250yd games vs. Alonso and Tampa Bay Tech with seven touchdowns.  His acceleration and balance are something you cannot possibly teach and he also runs twice the size of his 5-9, 175lb frame.  That isn’t far off from CJ Spiller’s size when he was a SENIOR at Clemson at 5-11, 195lbs.  Something McCloud III wouldn’t be that far from either is breaking Spiller’s numbers as a Frosh (938yds and 10TD’s) which would mean he is on a pretty good path ya know?

The second of three Clemson commits who is a pretty decent QB, but a “watch-me-Moss-this-fool” receiver to-be for the Tigers.  For the Titans, Cain put up over 2,600yds and 17TD’s as a signal caller, but what’s so unique about the 6-1, 190-pounder his ability to play about 6-5,220.  Expect him to fit rather nicely for those reppin’ IPTAY, but rather nightmarishly for opposing defenses when paired with Artavis Scott (East Lake ’14), Demarre Kitt, Kyrin Priester and Trevion Thompson to form an armada of pain for scoreboard operators.

Here we are with another current-QB that will undoubtedly crush it at another position at the next-level.  The young man can do whatever the Spartans Staff needs him to do on offense from the QB position, but the proof and his future lies in his natural ability to catch the ball, turn up field and make defenders look absolutely silly with his shiftiness.  On top of the 3,000+ yards he produced for Lakewood last season, Davis brings a calmness and sense of leadership that true playmakers possess when they know that the game is IN THEIR HANDS to control the outcome.

This dude is too dadgum big to be running around catching passes like he’s some kind of lil’ center midfielder for Argentina.  This newly committed 6-5,244-pounder to “The U” is some kind of special with his ability to move and receive.  The ceiling on this young man is similar to his Class of ’15 mate (Lawson) in that has yet to be determined.  Even if they do find one, the good folks in Dade City are hoping for his to be painted like the Sistine Chapel this season as the Pirates try to bounce back from a 4-loss campaign they are positive should have never come to pass.

True definition of an athlete, this young man can play any position you put him at on the field.  There’s no Xavier Gaines (now at Lake Wales) and no Cecil Cherry (now at Victory Christian) to fill what void for the Bulldogs that Kaleel filled last season, but his explosion at the line, his balance and his hands are what make him so specifically coveted for teams at the next level as well as make him Public Enemy No. 1 for defensive coordinators.

The last of the Clemson Commits and one of the best finishers of blocks at the high school level in the State of Florida, Jake stands at 6-5,280lbs and moves like he is somewhere in the range 40lbs lighter.  Fruhmorgen’s long arms + those quick feet of his make his skills the perfect fit for what the Tigers do on offense.  As for this season, it should be business as usual watching this monster clear a path like he should be sub-contracted by FDOT to make I-75’s dream of six-lanes in Hernando Co. a reality.

The only member of the Class of 2016 to make this list and it’s probably because he can beat all of us up and then ask where the dirty work is once he’s finished.  His feet do not operate like a 6-4, 290lb human’s should, and his strength should be measured somewhere on a scale between a Grizzly and a Sasquatch along with an on-the-field mean-streak that looks like that Jaguar that snatched the Caiman out of the water like it was a child that had talked back to its momma.

Another one of those guys with feet like Fred Astaire, but an attitude like a Honey Badger, Ivie’s set to join his older brother at the University of Florida upon completion of what he hopes to be a wildly successful season for he and his Pasco teammates.  At 6-1, 265 and as a DT for the Pirates, his ability to find the ball in the backfield in combination with his aforementioned qualities has things looking great for his current situation and even better for the boys in orange and blue for years to come.

True story; when Cowart was a ninth-grader he looked like he was in some new grade like, the 29th grade or whatever.  He is, and always has been a manchild and plays strong-side defensive end for a school that knows a few things about the defensive side of the ball.  At 6-4, 250lbs, Cowart has the ability to play at a level most people just cannot match.  You cannot teach his strength, you cannot teach his God-given ability to find the ball; you cannot teach his superior ability to a better human being than he is a football player either. Wherever he goes, plan on seeing him on Sunday’s in addition to Saturday’s.

Let’s keep it real; when was the last time Tennessee produced a prototypical LB from their system? I’ll wait.  I believe it was the mid to late 90’s when Leonard Little (Class of ’97) was in Knoxville; then there are the scenes witnessed in-person by yours truly in Tempe, Arizona in 1998 when Raynoch Thompson and Al Wilson introduced themselves to FSU’s OL and skill players.  Don’t worry Rocky-Toppers; Cecil Cherry is on the way, but not until he completes his final season at the prep level.  The 6-2, 230lb transfer from Frostproof will anchor a defense that went to the 2A Finals piling up gaudy numbers in its wake.  Suffice it to say if there’s an issue with someone constantly destroying your A-Gaps & B-Gaps this fall, you know who to blame.

At 6-1, 200lbs this young man doesn’t play like an OLB, but rather like a safety.  Nobody from Plant City or Purdue (his verbal choice) will complain about what that means.  Dawson wreaked havoc on opposing offenses for an 8-3 squad last season with 87 tackles, along with 2 sacks, 5 hurries, 3 INT’s, 12 pass break-ups, a caused fumble and 3 blocks (2 punts and a FG).  Those skills will be needed when having to face PC’s beefy schedule this season, along with the likes of Nebraska, Wisconsin and Northwestern in their division in the Big Ten.

40 tackles, 3 INT’s, 9 pass deflections and a fumble recovery for this extremely rangy and active Panther out on the island last season for a squad that was once again knocking on the door of an appearance in Orlando.  6-2, 170lb frame with hips-on-a-swivel and feet that move just as freely give this young man quite the momentum coming into this fall.  All he needs is one, which he’s got; but at Plant the “one” means playing for a ring in Orlando, not necessarily the number of offers it takes to get to college.

Some guys are just meant to wear certain colors.  You can make the case that the garnet & gold of FSU has never befitted someone so well as this 6-2, 200lb star-in-the-making.  The folks at Haines City know what this young man is capable of and that’s just about anything he wants; especially when it comes to finding the WR, finding the ball; then finding himself in the endzone after snatching the last cookie out of the jar.  The ‘Noles are in a cycle where guys that are sophomores in that secondary this season will be looking at their draft status’ just as much as their GPA’s by the time he arrives, so playing right away isn’t a question of “if?” but “when?” and probably in the very first game of his college career is when.